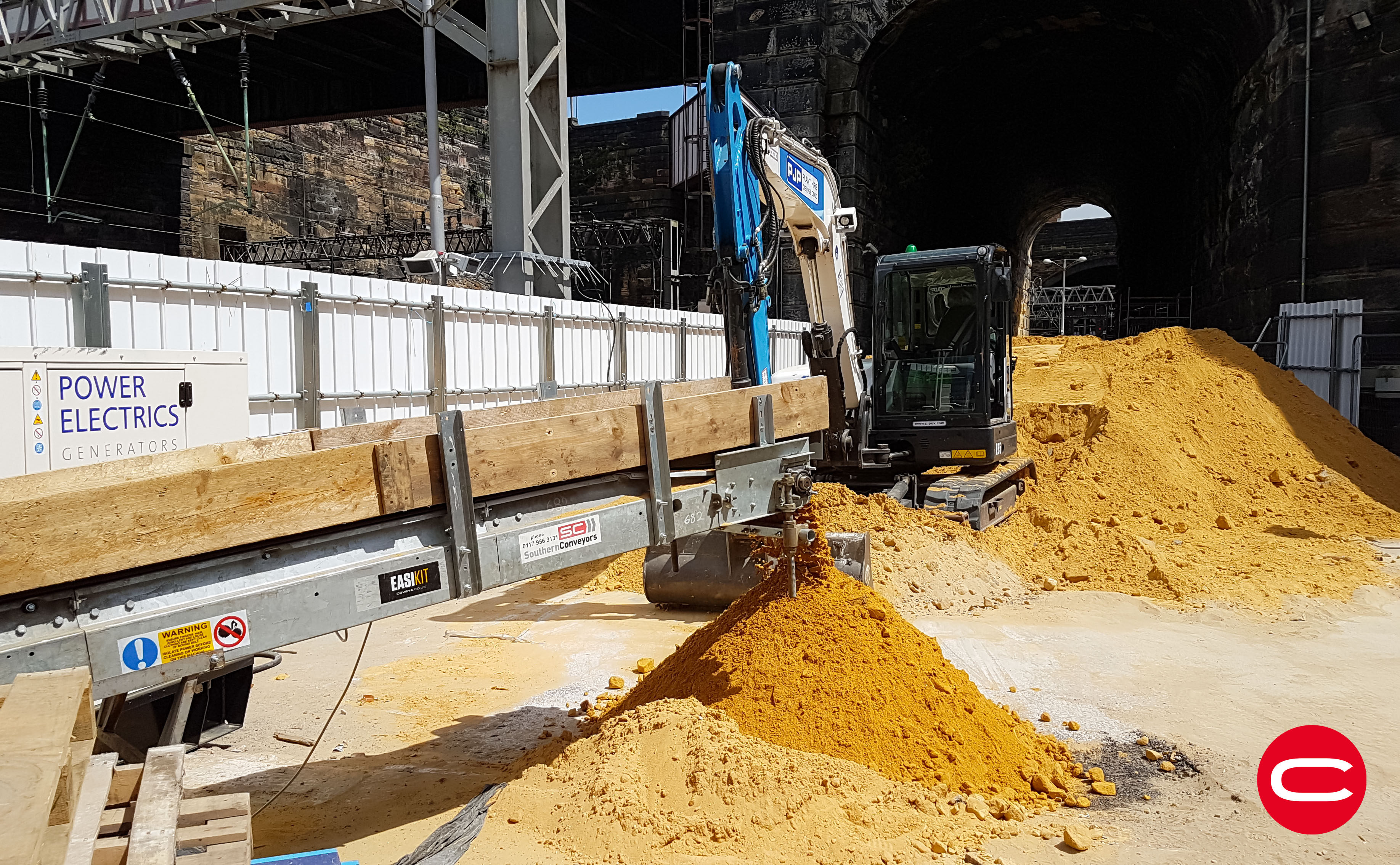 With two disused tunnels in the way of a huge platform upgrade at Liverpool’s Lime Street Station, it looked like a month-long delay to fill them with concrete was unavoidable.

The platform at Liverpool’s Lime Street Station – a major hub in the North – was being lengthened for new trains. This meant old tracks had to be ripped up and moved, and platforms had to be extended. Two disused service tunnels, which previously hadn’t been a problem, now lay in the way of the new track routes.

The plan was to move the spoil from the platform extension into the tunnels and two diggers had been operating at night to minimise disruption during the day. However, when one of the tunnels flooded, work had to stop.

The pile of excavated sand on the track side was getting higher and higher, but had nowhere to go. The tunnels were set to be filled with concrete in a month’s time, but the Project Manager couldn’t accept a delay that long.

Desperate for any solution to move some spoil quietly and quickly, Coveya was called to site. Three Easikit 600 conveyors were positioned to convey the spoil over the exposed tunnelling.

Coveya also included some wheeled frames, so the system could be easily rearranged as the extension continued, and a silenced generator to keep noise to a minimum. Within a day, the pile of spoil was carried away and work had restarted with a full head of steam.

When Coveya visited the site a few weeks later, Network Rail had only one complaint: they couldn’t load the conveyors fast enough with only one digger!

When Coveya checked back on the site a few weeks later, Network Rail had only one complaint: they couldn’t load the conveyors fast enough with only one digger! They’d also reconfigured their schedule operating the digger in the evenings to create a large pile of spoil, and running the quieter conveyors during the day to move it all away. This helped to minimise both noise and air pollution, because a generator (powering the electric conveyors) has much lower emissions than wheeled plant.  Despite the setback, the conveyors helped to keep the project on schedule for completion.

Do you have a complex rail track project that could use a conveyor? Why not let Coveya see how much time and money you could save?