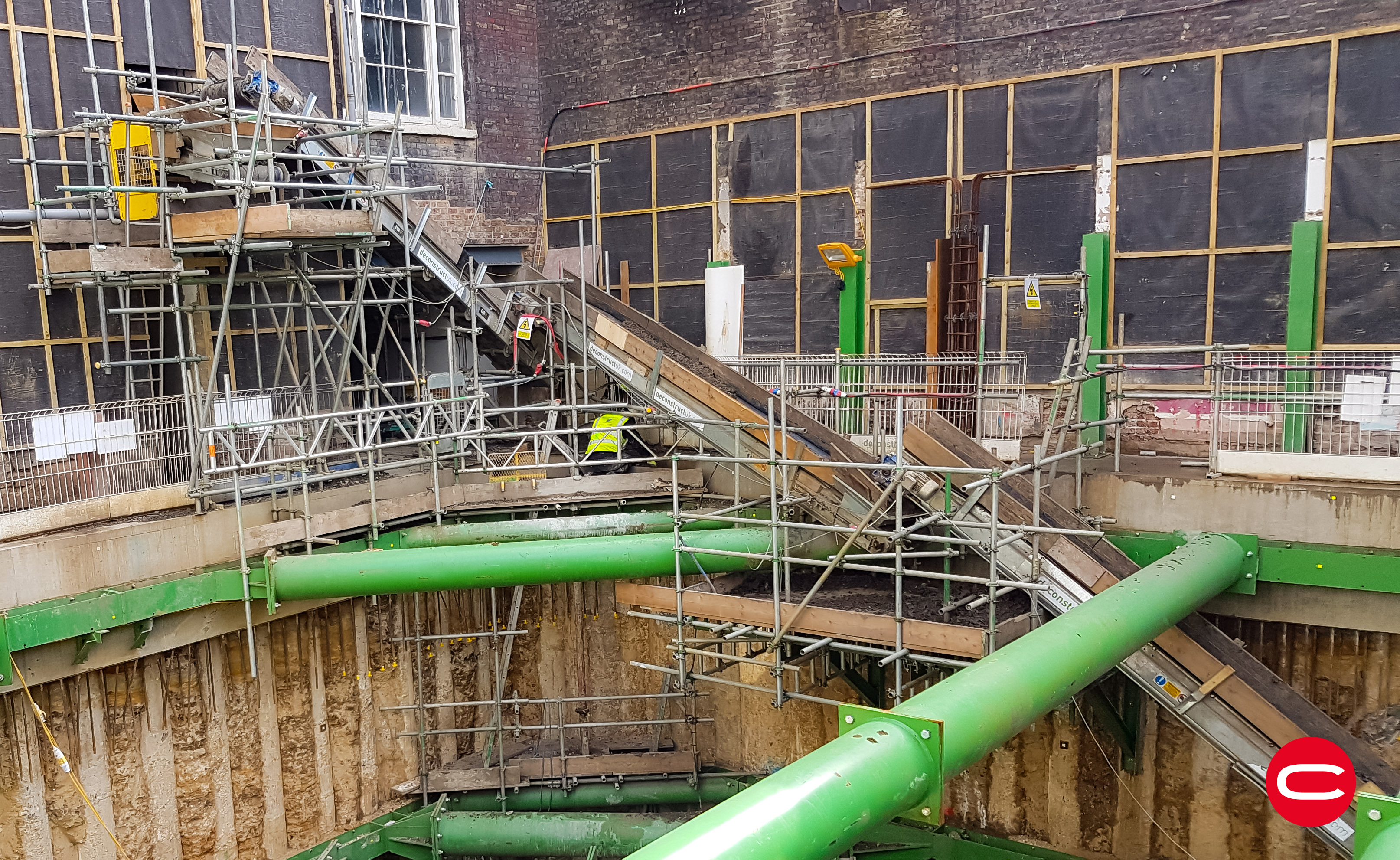 Westminster City Council Planning committee approved a planning application in October 2016 for a new clinic at 141 and 143 Harley Street and 28 and 29 Devonshire Mews West, London, W1.  The clinic will be home to the first proton beam therapy unit in London.

The plan was for the demolition of mews buildings at 28 and 29 Devonshire Mews West and lower ground and ground floor link building at the rear of 141 Harley Street and the erection of new building to include a three-story basement to the rear of the site in connection with the use of 141 Harley Street and the lower ground and ground floor of 143 Harley Street. This next stage would be to dig at the rear of the property approx. 10.0 m down and then a further 5.0 m into a sump in the centre. The existing building is also listed which meant that no existing walls or floors could be removed or even any extra openings to be made!

None of the excavated spoils could be taken out of the mews road at the rear of the property which left the only option to go through the existing building. Coveya provided an extensive 3D drawing at planning stage for the contractor.

Coveya were approached by one of their long-standing customers who asked for assistance on how they could use conveyor belts on this project. Following a site survey, dimensions were confirmed and an extensive 3D drawing was created for the client. The conveyor system had to be staged to cope with the different phases of the dig. Due to the modular design of our conveyors, this system could be extended or changed at any point, with the sections being carried through the property and assembled on site.

The project has been a big success for this contractor and with the dig going deeper, the conveyors have been invaluable in moving soil directly to the muckaway truck parked outside, leaving the footpath open and causing the least disruption to the public and neighbours as possible!

A truck in position at the discharge point of the conveyor. Beam therapy unit in London.