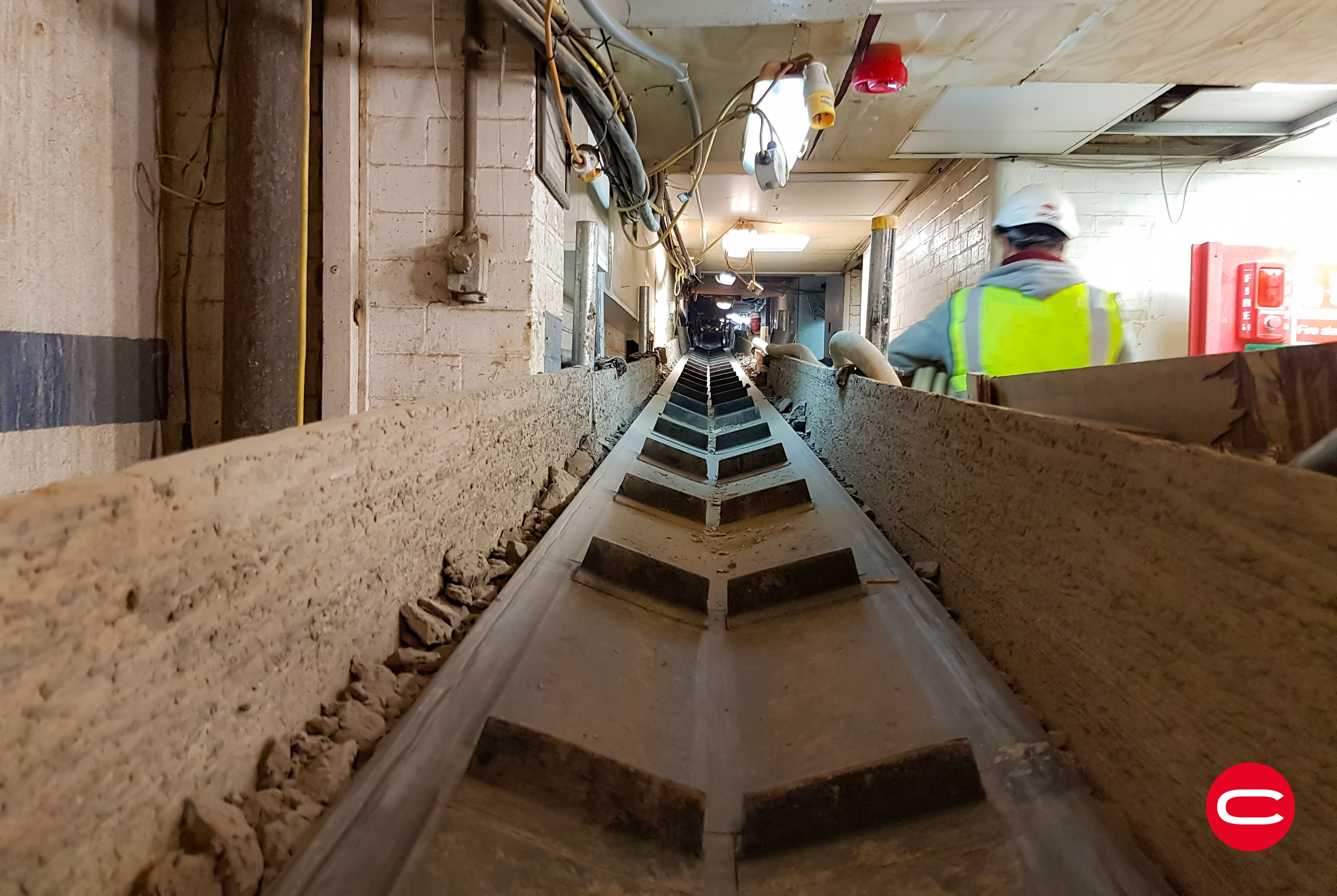 When McGee Group agreed to build a 5-level basement underneath Claridge’s Hotel in London, while keeping the hotel open for business, they knew they’d need help moving all that material.

Key facts about this project include;

When Claridge’s Hotel in London invited companies to tender for their new basement construction, McGee Group were the only company to commit to the complex design brief.

This was because the five-star hotel was insisting that it remain open for business for the duration of the construction. Claridge’s had seen other hotels close for extended renovations but then struggle to rebuild their clientele afterwards and didn’t want to take the same risk. The hotel had to stay open and work couldn’t disturb its day-to-day operations. McGee were allocated one room with a window at street level to service the entire site.

The new basement will house a gym, swimming pool, restaurant, retail space, meeting rooms and hotel services including food preparation, as well as allowing the relocation of plant rooms at the top of the hotel to free up space for 40 new bedrooms.

If that wasn’t challenging enough, all the material from the excavation had to come out along a corridor and out through a 2m x 2m hole in the building.

They needed the material out quickly and quietly so conveyors were the only option.

Take a look at our video testimonial for this project, from Jim Mackey at McGree Group.

In my 40 years working in London and on city projects involving demolition, this was by far the most challenging I had ever seen, but I suppose it was one of those things I thought was worth doing. Jim Mackey, McGee Group

Coveya worked with McGee throughout the project delivering a number of configurations of Easikit 450 and Easikit 600 conveyors. The complex system of conveyors took the material out from the excavation site underneath the hotel and out through the small hole in the building to a muckaway.

There was very little storage on site which meant there was no space for equipment that wasn’t being used. Coveya delivered only the kit they needed each day, reconfigured it when needed, and took away any conveyors that weren’t being used.